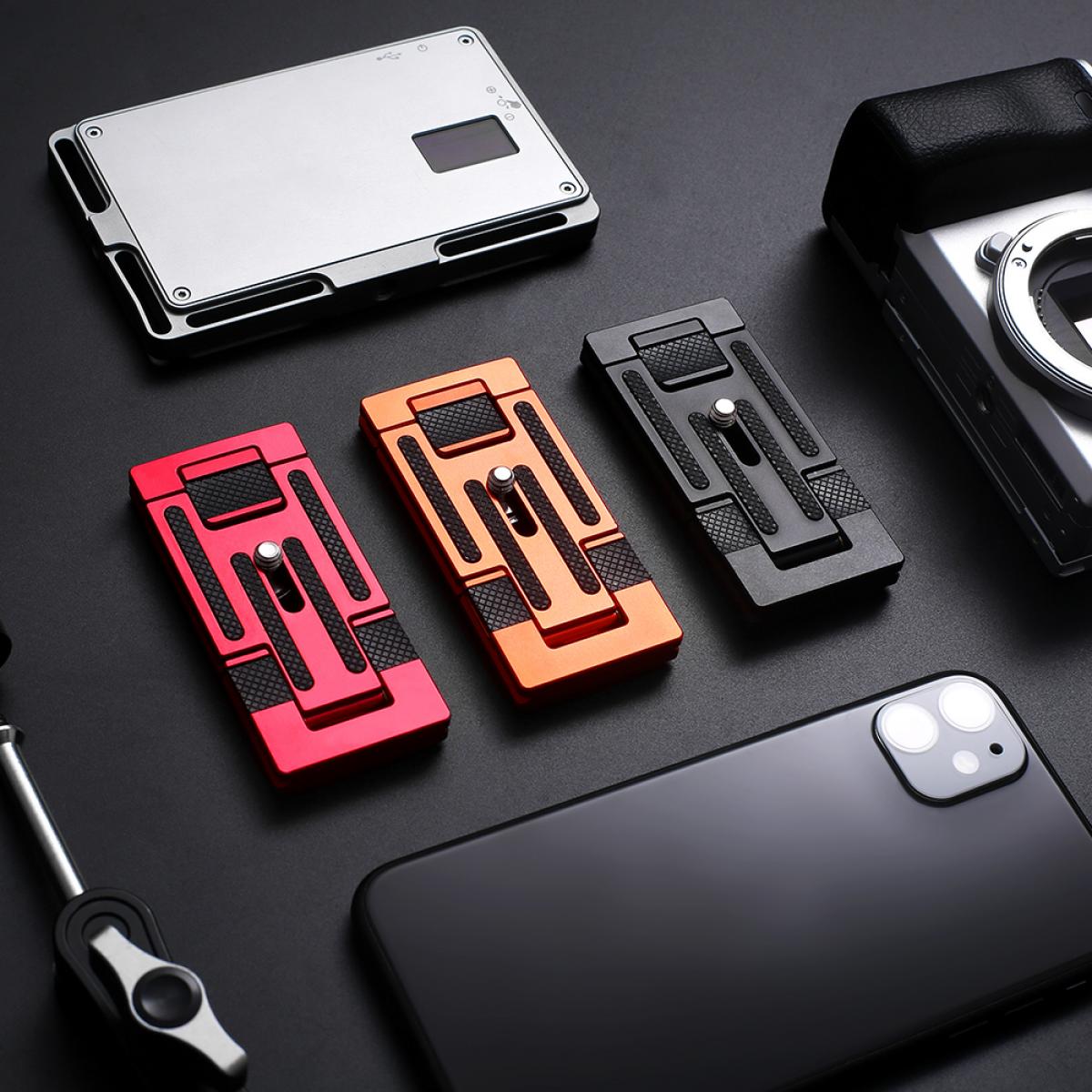 A fresh delivery from K&F Concept this week, something I’ve been looking forward to trying out for some time.  The K&F Concept Arca-Swiss Quick Release Plate.

So, what is an Arca-Swiss Plate anyway? Back in the 90’s a company called Arca-Swiss decided to create a secure, standardised locking mechanism for cameras and tripods.  The system consists of a mounting plate for the camera with 45° dovetail edge which fits securely into a corresponding vice like clamp on the tripod head.  Simple.

K&F Concept have now produced their own Arca-Swiss compatible mounting plate which only weighs 59g and is available in a variety of colours.

As with all K&F Concept products it’s presented in high quality packaging, as shown below, with instructions on how to install and use the features of the plate.

The Arca-Swiss plate is a compact, and sturdy piece of kit.  Constructed from aluminium, it features rubber grips on the lower face to provide a solid, non-slip connection when attached to the mounting screw on the base of the camera body. There are two 1/4″ screw mounts to easily install attachments.

You may wonder why you might need instructions for something so simple, well, there’s some extra features.  The plate also doubles as a mobile phone holder.  The plate has two spring-loaded, fold out sections at each edge which form a grip for a mobile phone.  The lower edge of the grip contains a portion of the Arca-Swiss plate so it allows a mobile phone to be mounted securely on any Arca-Swiss compatible tripod head.  Perfect for vlogging.

The K&F Concept Arca-Swiss Quick Release Plate will be replacing my current bulky L-Bracket.  The L-Bracket although useful because of it’s additional portrait orientation does obstruct the use of the ports on the side of the camera body where a remote trigger would be connected.  To achieve a portrait orientation I will simply leave the camera attached and rotate the camera through 90° with the tripod ball head.

A well recommended addition to the kit bag.  The K&F Concept Arca-Swiss Quick Release Plate is available from the Kent Faith website.  If you purchase by 31/12/2020 you can also get 10% OFF using the discount code: KF10UK